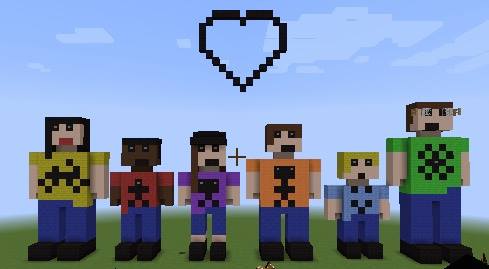 The unification of sperm and egg may or may not be anyone else’s business, but once that cute little bundle of flesh makes its appearance outside the womb everyone has an opinion about what should be done with it. There are disagreements on everything from the style of a child’s clothes, to the point at which the child is not longer being cared for appropriately and needs to leave their own place for somewhere safer. Which of these debates merit our inquiry, and which do we need to let go of? What parenting habits are beneficial to kids thriving once they reach the current job market and mate pool, and which will send them to premature counseling?

First things first, how much can we influence children to be anything? Behavioral genetics has been trying to figure it out for years. When DNA was first sequenced with great pomp and circumstance the pressure was on to sort out how to tweak DNA to fix humankind. Scientists went chasing down genes for everything to the point that it began to be called “gene for” research. Over time it became apparent fixing humans wasn’t nearly as simple as finding a gene and tweaking it. We may not be able to custom make our genes yet, but at least we have found out that the whole thing is a big complicated mess. [2]

What does that mean for us as parents who make important decisions for our children about where they will live and go to school? Does is even matter? Professor Tim Spector, who has studies twins at King’s College London indicates that while heritability for many traits, including IQ can have an effect on a person’s personality, environment can play a big role in how that heritability is expressed “Any change in environment has a much greater effect on IQ than genes,” Spector says. [3]

So the decisions we parents make do matter. Now that we know we have a role to play in how our kids turn out, what should we do with that responsibility? There are all kinds parenting styles to choose from. You can even take this quiz to see where you stack up among four of the most popular styles. [4] 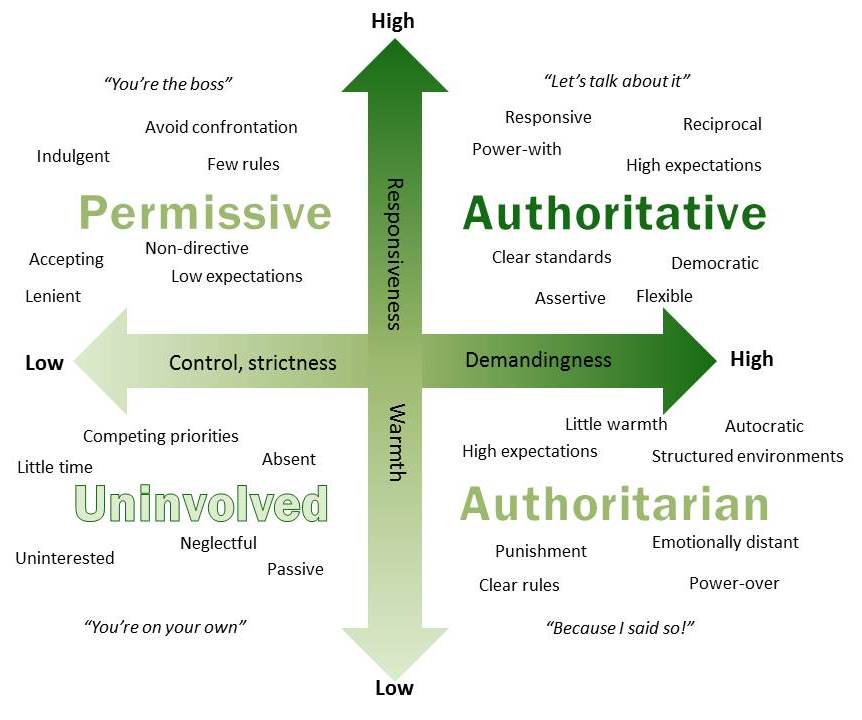 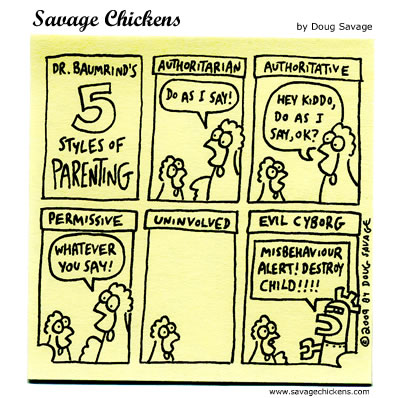 This article denotes eight parenting styles, adding categories like free-range parenting, which the author defines as letting kids explore the world at a natural pace, attachment parenting, which promotes attachment at all costs, and helicopter parenting: the ones who want to be involved in every aspect of their children’s lives excessively. [7]

So which style should you choose, or does the style pick you? It seems there are a handful of styles that are acceptable, but science tends to indicate that any style chosen should include a number of traits. You should spend time with your child. Perfection is no longer vogue, and forgiveness is encouraged. As much as we long to slack off “Do as I say and not as I do”, is no longer an acceptable parenting motto. [8]

The majority of us would split hairs about some specifics about parenting, but overall our kids are safe, educated, and fed. While those of us who have found our cozy parenting style home settle in to our superior overlook of the other styles, we all have to agree there is a line where the difference is no longer should I hold my child’s hand when they cross the street, or teach them to do it on their own. There is a line when children are no longer safe, or maybe they are mostly safe, but there is a strong potential that something unsafe could happen. How much parental absence denotes neglect? How much parental discipline denotes abuse? Angeliki Coconi, in her Article “Bad Parenting vs. Irresponsible parenting “ says “Irresponsible parents are those who put themselves first, who often risk their children’s well-being and who fail to set a proper example.” [9] For a more detailed approach the website childwelfare.gov has a list of things to look for in children which indicate abuse or neglect. These include matted hair, strong body odor, broken bones, or age-inappropriate play with their body or toys. [10]

That seems pretty straightforward. There are a few things that complicate matters. What if, as “Glosswitch” asserts in her article called “What is Bad Parenting?“ That families with fewer resources are judged more harshly for their parenting mistakes than the rest of us? She points out that middle class parents joke about their bad parenting all the time without worrying that anyone will really take their mistakes as a serious threat to their children. [11]  Then there are all of the parents out there who find comfort in judging others. [12] Some may even threaten others to the extent that they actually call social services on that annoying neighbor. [13]

What is a parent to do, then? It seems the science indicates that we start with safety, and caring. [14]  Then we move on to being involved, but not too much, guiding, but not too much, and letting children fail, then encouraging them to get back up. If we find it difficult to get the focus off of ourselves and our own interests, the path of parenthood is not for us. Thankfully these days there is less of a stigma for those who chose not to have kids, and more acceptance of doing what you love. If you have decided kids are the right path, bathe them, take them to the doctor when needed, and for the most part follow your instincts. The bonus level of parenting seems to be when you really get to know who your kid is and do your best to pursue his or her best potential, even if that is different from your vision for them.